← back to
Freude am Tanzen
Get fresh music recommendations delivered to your inbox every Friday.

Who Instructed the Stars to Shine 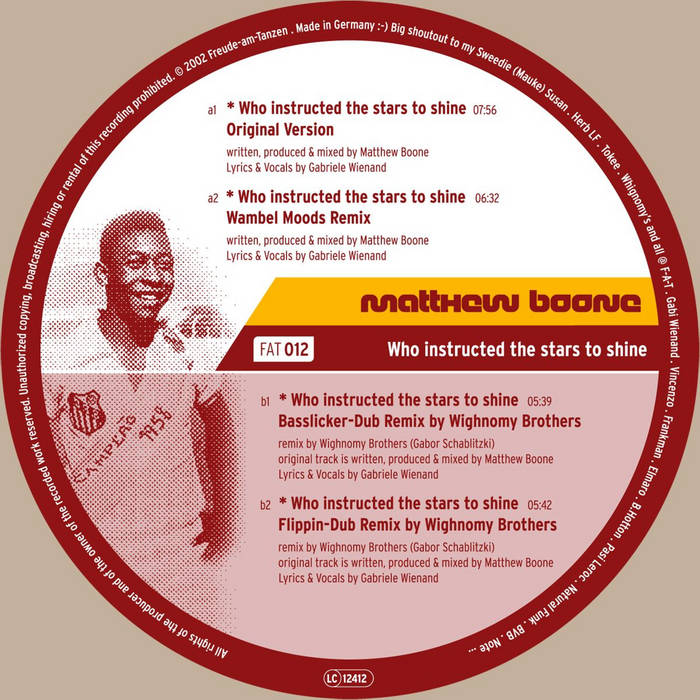 Matthew Boone starts his career as Producer and DJ in 1995, releasing his first two 12es in Germany, focusing mainly on classic Disco House and Deep House. At the same time he starts working in a record shop called Entity in Dortmund. He released records on many German lables such as BCC, Blaou or Milk & Sugar. ... more

Bandcamp Daily  your guide to the world of Bandcamp

Lance Skiiiwalker joins the show to discuss his most recent releases